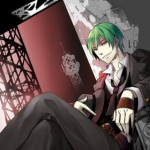 Herø and To Evolve or Not to Evolve, That Is the Question!