The Triumvirate was created by three cosmic entities; Nehru, Etos, and Dynir. These beings (referred to as the High One's by the Triumvirate) found three beings from different dimensions and offered them power in exchange for servitude. They accepted the offer and High One's performed the first "Sundering" ritual on them. They then taught them how to preform the ritual before creating a dimension for them and placing them in it. Before the High One's left, they tasked their servants with gathering knowledge from all corners of the Totality. After receiving their instructions the Triumvirate used their immense power to create the Athanaeum. Then went to other dimensions and recruited new members to help them in their quest. After this they founded the organization Cerberus.

The Triumvirate is the governing body of Cerberus. Their word is law.

The Triumvirate are mortals who were granted immense cosmic power by the High One's. Their very presence can frighten others, even when they hide their true forms. Most members of Cerberus who have met them have said that there's something off about them. Like they shouldn't even exist.

Their power is unknown. They could operate at a cosmic level and be ultipotent. Though this is hard to determine as few have actually seen them, much less fought them.

The Triumvirate in their true and terrible forms. 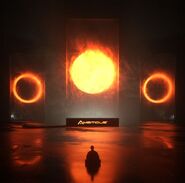 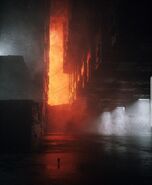 Most of the time the triumvirate does not speech to their suburbanites in person. They use what is called " The Black Columns." It is unknown what there made of, but it is likely to be made of Primordial Darkness.

Retrieved from "https://heromainia.fandom.com/wiki/The_Triumvirate?oldid=21715"
Community content is available under CC-BY-SA unless otherwise noted.